Germany is the best carpentry nation in Europe

The winners of the 14th European Carpentry Championship have been announced: European Carpentry Champion 2022 in the individual classification was Marcel Bolego (22) from South Tyrol/Italy, silver went to Philipp Kaiser (23) from Rot an der Rot in Baden-Württemberg, Germany, and bronze was handed over to Benedikt Pfister (22) from Wolfertschwenden in Bavaria, Germany. In the team standings, Germany was in first place, followed by France and by Switzerland in third place.

The 14th European Carpentry Championship was held in Cologne, Germany, from July 5 to 8, 2022, in parallel with the DACH+HOLZ International 2022 trade fair. One female and 16 male carpenters from seven European countries - Germany, France, Luxembourg, the Netherlands, Switzerland, South Tyrol/Italy and Hungary - took part and demonstrated master-class craftsmanship. Eligible to participate were persons who had completed vocational training in the carpentry trade and those who had not yet exceeded the age of 24. The participating countries were able to nominate a maximum of three carpenters per country to the 2022 European Carpentry Championships.

Peter Aicher, president of Timber Construction Europe, praised the competition participants for their commitment, team spirit, fairness and perseverance. "As the organizers of the 14th European Carpentry Championship, the Timber Construction European Championship, we are proud of what you have achieved over the past few days. You have impressively shown what a high level the carpentry trade has reached in Europe!"

Background: Every two years, carpenters from all over Europe come together for the European Carpentry Championship to determine the best carpentry nation and the best carpenter in Europe. During the three-day competition, which is hosted by Timber Construction Europe, young journeyman carpenters from European countries build sophisticated roof truss models and demonstrate the expert use of wood as a building material. These are judged by a European jury of experts.

European Carpentry Championships 2022 in Cologne
All information online at tce-championship.eu 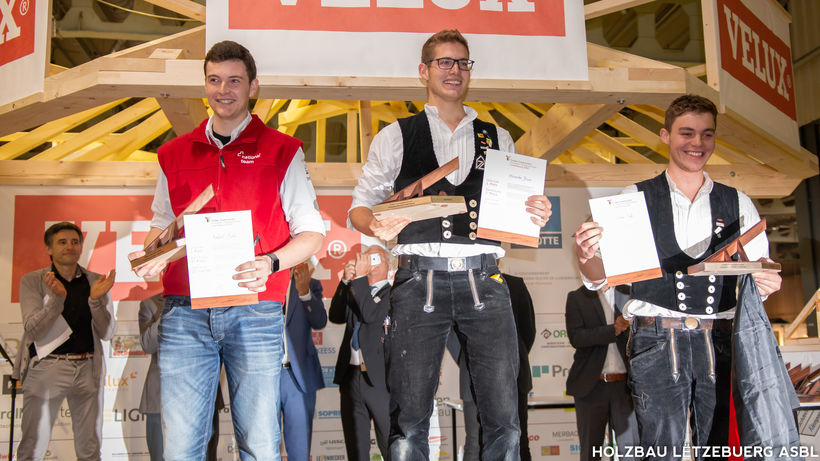 At the 2018 European Championships in Luxembourg, 24 participants from ten nations competed for the coveted medals. The national carpentry team from Holzbau Deutschland excelled as the best team in Europe. France took second place, and Switzerland came in third. In the individual competition Alexander Bruns, journeyman carpenter at the time, won the day for the Holzbau Deutschland team with gold. The silver medal was won by Rafael Bieler from Switzerland, while Lukas Nafz from Germany received the bronze medal.

Impressions from the 2018 European Championships. 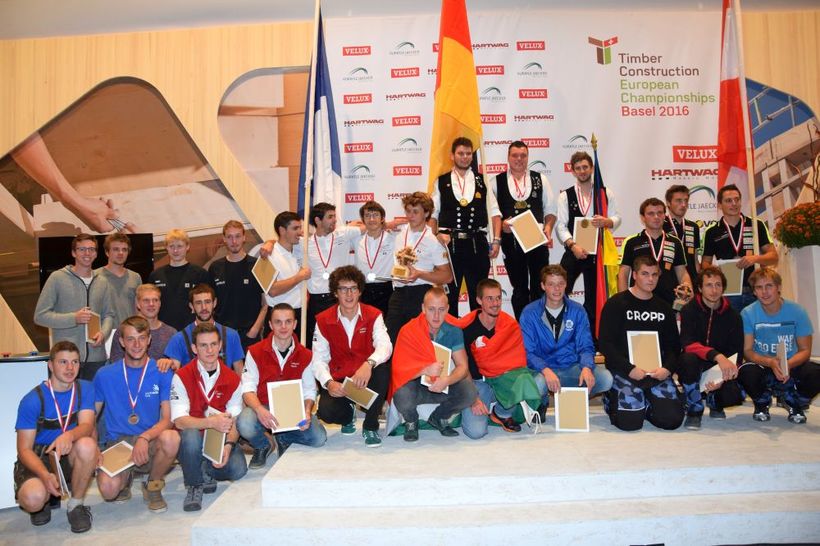 The European Carpenters Championships 2016 take place in Basel from the 11th to 15th of October and are hosted by "Holzbau Schweiz" (The Timber Association Switzerland). The Championships run parallel to the Swiss trade fair "Holz" ("Timber") in Basel. 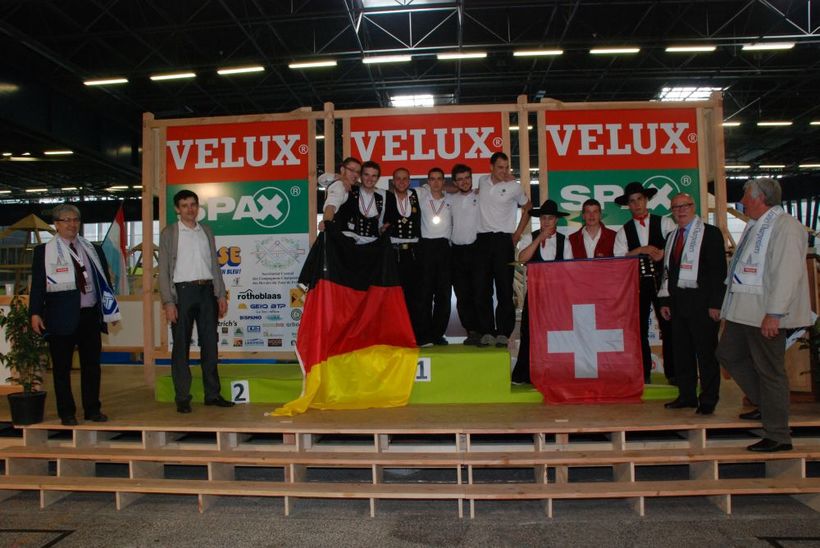 During the 2014 European Carpenters Championships in Grenoble two winners were announced. The champions are Simon Rehm from Germany and Tharreau Quentin from France who scored equally. The silver medal was not awarded whereas the bronze medal was won by Kevin Weidner from Germany.

In the team competition Germany and France shared the gold medal. The bronze medal was awarded to Switzerland.